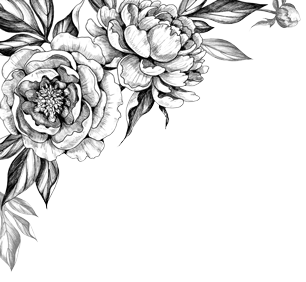 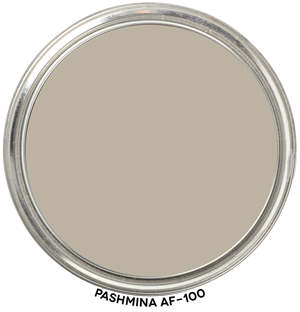 Here’s Pashmina AF-100 by Benjamin Moore in context of its Hue Family neighborhood, 1 Y (Yellow), on The Color Strategist Color Wheel. The pink arrows point to where Pashmina AF-100 fits in among the other colors according to its Value 7.11 rounded to 7.12 and Chroma of 1.37 rounded to 1.25.

Hi Lori, I’ve read blogs and have even seen a few videos that say Pashmina has a green undertone while others say it’s purple.

Your Colorography is the first thing I’ve found that makes sense because after testing Pashmina on my house I don’t see any green or purple.

I’m concerned because I want a warm gray, beige color and I just don’t see what they are all talking about saying that Pashmina is green and purple..

Pashmina blends perfect with the stone that is on my house but after finding the comments about Pashmina, I’m worried that Pashmina would be a mistake.

I’m so confused and I have to make a decision now because the painters have been asking me for my colors for more than a week.

First, most people have the concept of undertones wrong.

Color – in every industry across the globe – is defined, described, ordered and organized by hue family like you see on the Colorographies here in the Lab.

The theory that you can categorize color by undertones does not work because “undertones” are just somebody’s subjective opinion about what they think a color looks like under whatever random light source they happen to be lookin’ at it under.

You’ll notice none of the bloggers or vloggers ever specify what the light source is that they’re using to assign undertones to paint colors.

And that’s a problem.

Because the light is boss. It’s the light in tandem with the human observer that defines color appearance.

And it’s why what you’re seeing in your test sample of Pashmina doesn’t match the information found in the blogs and videos.

Color is a moving target to begin with and attempting to label a color with a static “undertone” just makes it worse and more confusing.

D65 is a balanced quality of light – balanced meaning it includes a nice mix of the entire visible spectrum; there aren’t any big spikes in any one color of light.

Hue family comes directly from a color’s DNA. It’s not just somebody’s best guess about what a color looks like.

When we define color using a consistent light source, like D65, it gives us an organized, controlled point of departure to describe and compare colors.

In your case, Pashmina aligns with the hue family noted in the Colorography above. It looks like a warm, near neutral. Not green. Not purple.

Most likely because you’re testing samples outside in daylight which is the most balanced light source there is.

Since hue family is determined using a light source that mimics daylight, you should feel confident that how you’re seeing Pashmina is correct.

Pashmina is not inherently green or purple.

The opinions you’ve read are best-guesses – that’s all they are – and you absolutely should ignore everything you’ve read or heard about Pashmina.

Trust what you see and take comfort that the hue family notation clearly explains WHY the bloggers and vloggers see what they see and WHY you see what you see in your test swatch of Pashmina.